From our Family to Yours.

If we don't obtain you compensation, we don't get paid.

We have over 25 years of combined legal experience.

The Value of a Good Car Accident Lawyer

Insurance companies spare no expense in protecting their interests with teams of lawyers and insurance company adjusters. The process to protect their bottom line begins immediately upon an automobile accident. Dealing with an insurance company can be overwhelming and confusing, especially when you are dealing with recovering from an injury. More importantly, it can be incredibly difficult to get the optimal result regarding your injury without knowing the value of your case. This is where Ohio car accident attorneys can help guide you through the process of recovery and ensure your rights are protected. In fact, recent data shows that settlement value can be as high as 3x more with a car accident Attorney involved. Click the link below to learn more. 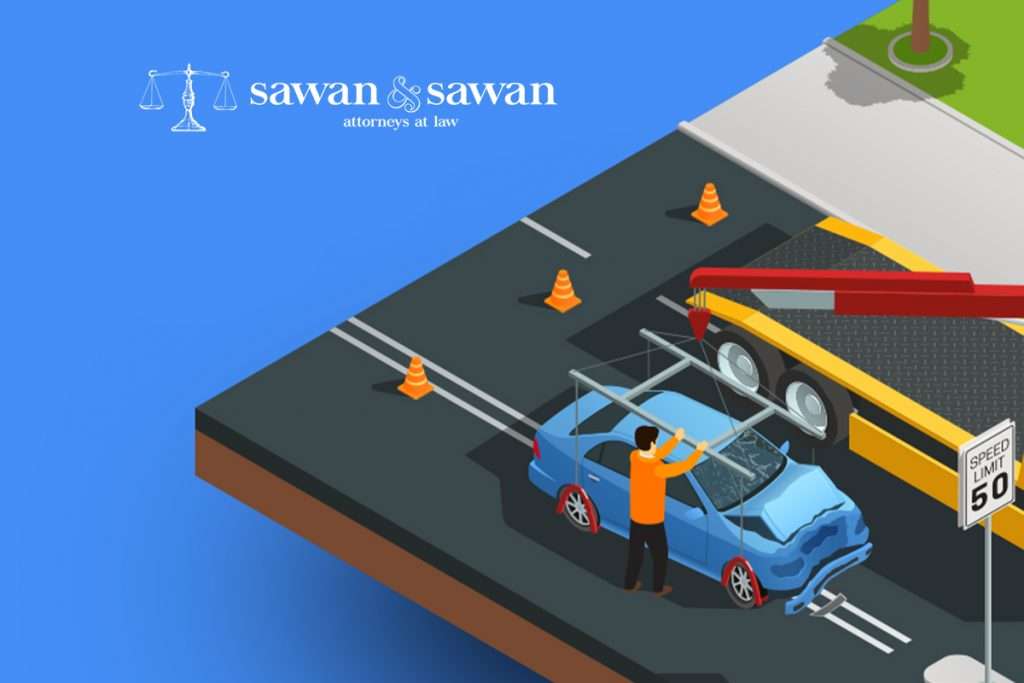 How a Lawyer Can Help Your Claim

It is estimated that 1 and 8 drivers in Ohio are uninsured. Ohio also has very low minimum policy limits of $12,500 per injury (legislation will raise this minimum to $25,000 in December of 2013). Automobile accident injuries frequently result in damages much larger than these minimums. As a result, it is critical that you inquire into uninsured/underinsured coverage. This means that in the event of an injury caused by an uninsured or underinsured driver, you will still have the right of recovery against your own insurance company.

Negotiating After a Car Accident

This is the area where an experienced and competent Ohio car accident lawyer can really provide tremendous value. As with any other situation, it is incredibly difficult to negotiate when you do not know the value of something. The laws governing damages for which you may seek compensation if you are in a car accident in Ohio are rather complex. Often times, attorneys that work for insurance companies and adjusters simply do not respect the legal opinion of non-lawyers. Leverage is frequently gained by retaining an Ohio car accident attorney to assist you in the negotiation process. Once an insurance company knows that you have retained a car accident attorney in Ohio, they must consider the possibility of litigation and they must weigh the professional legal opinion of a strong advocate for your rights. A skilled Ohio automobile accident attorney will present to the insurance company:

After a demand package is transmitted to the insurance company, an often tense negotiation period is commenced. The services of a skilled car accident lawyer in Ohio can be of tremendous value when negotiating the amount of your claim. After some argument, a settlement offer will likely be extended by the insurance company if they determine the claim is covered. At this point, it is important to speak with your attorney openly and candidly about the value of your case, the potential legal problems and the full extent of future damages. Even if you are injured in a car accident in Ohio, settling the case before litigation might make sense. While it can be hard to predict future damages with exact specificity, a good car accident attorney can help you weigh the relative pros and cons of a settlement. If a settlement cannot be reached, your Ohio car accident lawyer can begin the process of bringing suit against the insurance company in a court of law.

The demand package is a document that contains all the factual background of the car accident, as well as an outlay of any damages, legal theories or other relevant information. It also includes an initial demand for money.

After the demand package is transmitted and reviewed, a period of negotiation will begin with the insurance company adjuster or lawyer. This period can last weeks or months - depending on the severity and complexity

Assuming the insurance company accepts liability and the legal theory of the case, they will typically extend an offer in settlement. While this is often not the best and highest offer, it forms the. initial starting point to argue about the damage amounts.

If the parties are able to come to an agreement that is mutually acceptable, the insurance company will prepare a settlement and release. This document has significant legal effect and should be fully understood before execution.

If the parties are not able to come to an agreement that is mutually acceptable, then the suit will need to be filed within the pertinent statute of limitations.

Helpful Tips if Your in a Car Accident

Most people don’t expect to be in a car accident, so it’s understandable that the majority of people aren’t prepared to handle the situation. However, there are certain things that you can do to ensure you have all the evidence you need to win your car accident case. Here are some critical tips to remember if you are involved in a car accident:

Every year, the Ohio State Highway Patrol compiles statistics related to car accidents in the State of Ohio. This data is tremendously useful in determining the cause of car accidents, as well as a number of other important pieces of information. In 2019, there were a total of 64,140 car accidents investigated. Of those accidents, the following severity was reported:

Obtaining Information After a Car Accident in Ohio

When information and facts surrounding a case are difficult to obtain, a person claiming to have a cause of action, or a person against whom a cause of action has been filed, may bring an action for discovery under Ohio Revised Code §2317.48. A discovery action allows such party to explore the strengths of the complaint or defense without subjecting the party to the potential penalties associated with frivolous lawsuits. When a person claiming to have a cause of action or a defense to an action commenced against him, without the discovery of a fact from the adverse party, is unable to file his complaint or answer, he may bring an action for discovery, setting forth in his complaint in the action for discovery the necessity and the grounds for the action, with any interrogatories relating to the subject matter of the discovery that are necessary to procure the discovery sought. Unless a motion to dismiss the action is filed under Civil Rule 12, the complaint shall be fully and directly answered under oath by the defendant. Upon the final disposition of the action, the costs of the action shall be taxed in the manner the court deems equitable.
Declaratory Judgments under Ohio Revised Code §2721.01 – This chapter allows parties to file suit to have the court determine the validity of a contract and/or the rights of the parties under the contract. This is the most effective tool for resolving disputes on the availability or amount of insurance coverage available. Effective September 24, 1999, however, a plaintiff who is not an insured under a policy cannot bring a declaratory judgment action against a third party’s insurer to determine if coverage is available for a claim until or unless a final judgment has been placed of record awarding the plaintiff damages against the insured. Thus, this tool is confined to first party claims – i.e. uninsured/underinsured, medical payments, homeowner’s claims, etc.

Rule 26 of the Ohio Rules of Civil Procedure explains that It is the policy of these rules to preserve the right of attorneys to prepare cases for trial with that degree of privacy necessary to encourage them to prepare their cases thoroughly and to investigate not only the favorable but the unfavorable aspects of such cases. Parties may obtain discovery regarding any nonprivileged matter that is relevant to any party’s claim or defense and proportional to the needs of the case, considering the importance of the issues at stake in the action, the amount in controversy, the parties’ relative access to relevant information, the parties’ resources, the importance of the discovery in resolving the issues, and whether the burden or expense of the proposed discovery outweighs its likely benefit. Information within this scope of discovery need not be admissible in evidence to be discoverable.

What Our Clients Say

The range of knowledge and years of experience within this firm definitely has solidified me as a customer for life! You will not find a better attorney or firm in the city of Toledo, or beyond!
E.D.
Sawan & Sawan Law Firm diligently and professionally provided me with excellent legal services. Mr. Sawan thoroughly explained all of my options and presented a well designed course for action
S.G.
My review cannot express the amount of satisfaction I have for this team that represented me. Their legal knowledge and expertise is outstanding by far and if you come across this team I highly recommend them for your number 1 choice.
J.D. 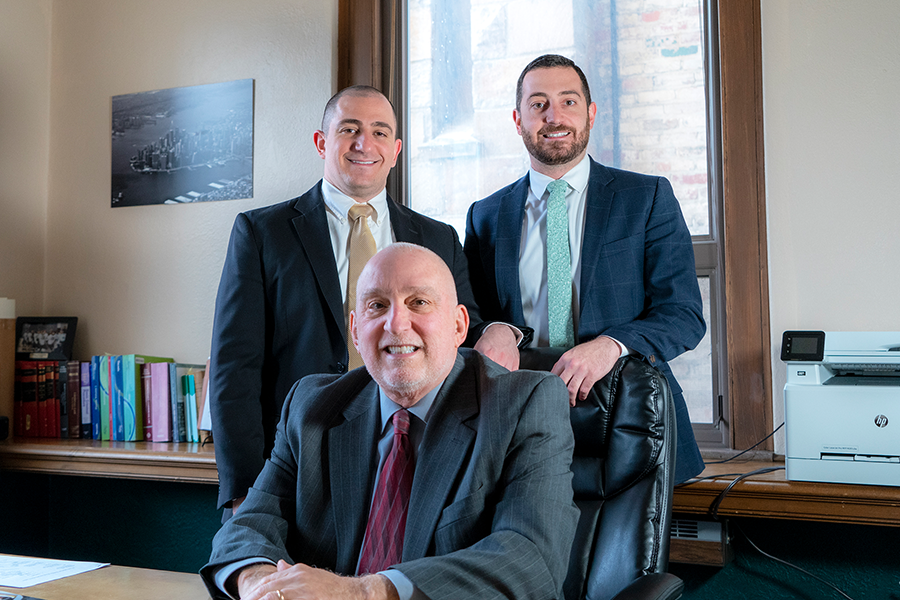