When Is Incitement Not Protected Free Speech?

The First Amendment protects a near limitless amount of political discourse, opinion and conjecture – but the right to free speech is not absolute. Throughout American legal history, the judiciary has interpreted the right to free speech in a variety of ways that have carved out categories of speech that are categorically unprotected. One of the clearest examples of speech that is unprotected is so-called “incitement.” As with nearly all restrictions on speech, however, the factual details are incredibly important to determine whether the type of speech at issue is protected by the First Amendment or not. For more than a century, a number of key Court rulings have established an unprotected area of speech – sometimes referred to as the “clear and present danger test” or more recently as “incitement.”

In one of the first cases dealing with the limitations on freedom of speech involving calls to lawlessness is the 1919 case of Schenck v. United States. In Schenck, the Defendant was accused of violating the Espionage Act of 1917 by allegedly attempting to cause insubordination in the military and naval forces of the United States through a written publication. In the case, the Defendant published a document stating that military conscription violated the Thirteenth Amendment and was essentially self-imprisonment. It called for people to assert their rights and not be called to military service and purportedly interfered with military recruitment. In discussing whether this was protected speech, the court created the so-called “clear and present danger” test by stating:

“The question in every case is whether the words used are used in such circumstances and are of such a nature as to create a clear and present danger that they will bring about the substantive evils that Congress has a right to prevent. It is a question of proximity and degree.”

Since the United States was at war at the time, the Court argued that the character of the act itself depends upon the circumstances in which it is done. That is to say, certain speech may be protected in times of peace where it is not protected in times of war. Context does come into the analysis. Even the most stringent protections of free speech would “not protect a man falsely shouting fire in a theatre and causing a panic.” Ultimately, the Schenck Court establishes that calls to lawlessness are based on the context in which they are made. The Court reasoned that Schenck believed what was said in the leaflet and as such, did not have the requisite intent to cause imminent lawlessness. Similarly, since it was a mailing at issue, it would be nearly impossible for the result to be a clear and present imminent danger. All in all, this area of speech is not absolute and that has been clear for more than a century in the United States beginning with the Schenck case.

The clear and present danger standard has been notoriously difficult for Courts to apply as shown by a nearly analogous case to Schenk, Frohwerk v. United States. In Frohwerk, where a similar violation of the Espionage Act by the publication of certain leaflets was upheld, the First Amendment did not protect the Defendant from prosecution under conspiracy to violate the Espionage Act by publishing an obstruction to military recruitment. A person could be convicted or conspiracy to obstruct military recruitment with “words of persuasion” particularly where it was clear that the language might be taken to “convey an innuendo of a different sort.” The propensity for the audience to read between the lines to find a clearly different meaning becomes part of the standard. A key difference was that in Frohwerk, the distribution of the material was in a much smaller, more targeted fashion than the broad publication of Schenk. At the very least, it illustrates how the legal standard of a clear and present danger was incredibly difficult to apply.

Then again, in Debs v. United States, the Defendant spoke in public and was then accused of having obstructed military recruitment as a result of those comments. The Court delved into his purpose and personal views on the war. If one purpose was to reflect his personal views in a public address, that was expressed and could render the speech protected under the First Amendment. For the first time, personal viewpoints and individual subjective purposes became a part of the clear and present danger standard. The standard expanded further to include responsibility for the intended and likely outcomes of speech in Abrams v. United States.

Perhaps in an effort to more rigidly define the clear and present danger test, the Court formulated a more nuanced test for unprotected speech of this category – incitement. One of the landmark cases for how incitement is defined in the law is the 1969 case of Brandenburg v. Ohio. In this case, the appellant, Clarence Brandenburg, was convicted under an Ohio Criminal Syndicalism Law. Brandenburg was a leader of the Ku Klux Klan, and made a speech at a Klan rally that the State of Ohio believed ran afoul of a law that prohibited individuals from illegally advocating “crime, sabotage, violence, or unlawful methods of terrorism as a means of accomplishing industiral or political reform.” It also prohibited “assembling with any society, group, or assemblage of persons formed to teach or advocate the doctrines of criminal syndicalism.”

The question posed to the United States Supreme Court: Did this Criminal Syndicalism Law in Ohio, which prohibited public speech that advocated for illegal activity and certain assemblage, violate Bradenburg’s right to free speech under the First and Fourteenth Amendments?

The Court in Brandenburg issued a Per Curium opinion. Per Curium opinions indicate that the ruling is made by a unified Court. While these type of opinions may not always be unanimous, their usage signals a collective force and general agreement to the ruling. In this case, however, the Court was unanimous in its decision that the law and ensuing prosecution violated Brandenburg’s Right to Free Speech. In so deciding, the Court articulated a two-pronged test for determining whether government action runs afoul of the First Amendment.

In sum, the Court found that speech is protected by the First Amendment, so long as the speech is not likely to incite “imminent lawless action.” In so holding, the Court expressed a tension between the causal relationship between speech and any ensuing illegal acts. At its most basic, the test tries to balance the temporal connection between speech and any potential incitement to illegal acts. The more remote the illegal act from the speech, the less likely it is to be found to be incitement. The two part test considers the follows factors:

The issue for the Brandenburg Court was that, while Ohio’s Criminal Syndicalism law aimed to make it illegal to advocate or teach certain doctrines, it impermissibly ignored any inquiry into whether that speech would actually incite imminent lawless action. In the Court’s view, this distinction was the difference that made the law overboard and thus, unconstitutional.

The Brandenburg decision is widely viewed as one of the last times the United States Supreme Court has directly addressed the issue of speech as incitement. The same standard was applied again in 1973 in the case of Hess v. Indiana. The Hess case arose from antiwar protests on the campus of Indiana University – Bloomington. Approximately 150 students had taken to the streets in protest, when the Sheriff and his deputies began to clear the streets of protesters. As the Sheriff passed closely to on of the participants – Greg Hess – he was heard saying “we’ll take to the fucking street later.” Hess was charged with Disorderly Conduct and ultimately convicted.

Applying the two part test created in Brandenburg, the United States Supreme Court overturned the conviction, writing that, at worst, the statement “amounted to nothing more than advocacy of illegal action at some indefinite future time.” In the Court’s reasoning, “this is not sufficient to permit the State to punish Hess’ speech.” 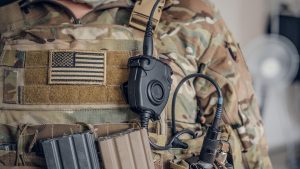 3M Military Earplug Lawsuits Finding Success With $110M Verdict Over 300,000 American Military service members and others have sued 3M – claiming that they suffered 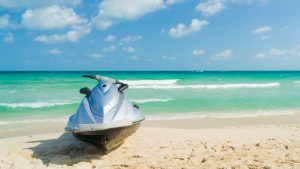 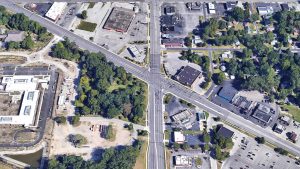 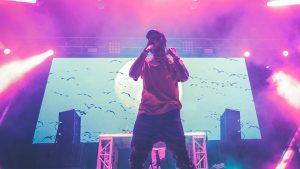 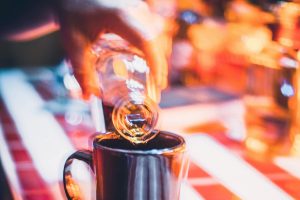 Family of Fraternity Pledge Files Hazing Injury Lawsuit The family of Danial Santulli, 19, have filed a hazing lawsuit against a University of Missouri fraternity 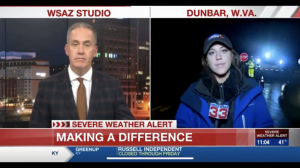