As Personal Injury Trial Lawyers, the lawyers at Sawan & Sawan know how powerful a jury verdict can be. While many personal injury cases settle well before trial, many catastrophic injury cases end up in front of a jury. On February 27th, 2020, a jury in the U.S. District Court for the Southern District of Ohio rendered a verdict for an injured Plaintiff in the amount of $50 million dollars.

The case stems from a toxic tort lawsuit entitled Abbott v. E. I. du Pont de Nemours & Co., S.D. Ohio, No. 2:17-cv-99. The verdict was rendered in favor of a Pomeroy, Ohio husband and wife couple after the husband, Travis Abbot, lost his testicles to cancer. The lawsuit alleged that water contaminated with DuPont’s “forever chemicals” caused the testicular cancer. The specific chemical at issue was Perfluorooctanoic Acid (PFOA), also known as C8. This manmade chemical has a high potential to be a health concern due to the fact that it remains in the environment and the human body for extremely long periods of time.

The verdict for the plaintiffs was all compensatory. There was no finding of “actual malice” – therefore there was no punitive damage award against DuPont. However, the jury did award Travis Abbot $40 million dollars, and his wife Julie, $10 million dollars in loss of consortium.

Despite the significant jury verdict against them, DuPont remained defiant. In a statement, Dan Turner, reputation and media relations leader, said:

“DuPont does not believe that historical DuPont’s use of PFOA contributed to the plaintiffs’ past health problems and disagrees with the jury’s decision regarding compensatory damage… However, the jury’s decision not to award punitive damages validates our position that at no time was there a conscious disregard for those living near the Parkersburg, West Virginia, plant.”

Learn More About the Verdict 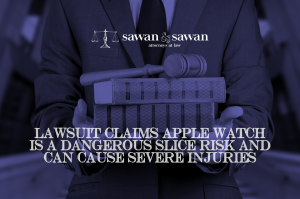 Apple sued over allegations that a design flaw in the Apple Watch leads to injuries Apple Inc. (AAPL) is certainly no stranger to lawsuits. However, 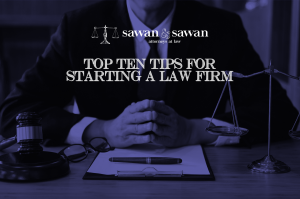